Like I wrote in this article, sports cannot do without the support of volunteers. This goes the same for sponsorships. I’ve heard numerous (small) sports organizations state that they cannot develop their sports, due to the lack of sponsors. I have come to the belief though that most of the times this is not true.

I say this because whenever I than ask what actions those sportorganizations exactly take to attract sponsors, I then find out that they don’t have a marketing programme or regularly apply for sponsorships. Others just take any sponsorship that is “thrown to them” like it’s the best deal ever.

I am convinced though that sponsorships are pure business, even on the lowest levels of sports. Business that not necessarily is only about money. The so called “value in kind” sponsorships may even be more important for small organizations. Companies can support those with knowhow, products and services and as such raise the level of professionalism.

I recommend anyone looking for a sponsorship to think out of the box, and offer companies more than the traditional company logo on some T-shirts. Your athletes can give clinics for employees, or perhaps even give powerpoint presentations about their hard work, and development as an athlete. The sky is really the limit.

Take hereby good note that the image of the specific sports, with its administrators, is one of the biggest factors for getting sponsors on board. Therefore sportorganizations should continuously look for positive press coverage. It is important that the potential sponsors already heard/ read about your sportorganization, prior to receiving your application.

I recently read about a situation which is a clear example of sponsorship being done for the wrong reasons. The badminton federation of the Netherlands signed an agreement with a racket supplier, that prohibited the badminton players to play with rackets other than the one of the sponsor.

It seemed however that the top 4 badminton players already had their personal sponsorship with another brand, which consequently led to a dispute as the players didn’t want to change rackets and break their promises/ agreements. Instead of looking in the best interest of the players, the federation decided to stick to their agreement, and consequently the players could not play in none of the official competitions.

This is a typical mistake of having the sponsorship agreement as an end goal, and not a means to help/support your athletes. The federation should have known about the rackets of their top players, and in my opinion should have made provisions for their players. The first objective of getting sponsors on board is to get your athletes on a higher level than they already are. Athletes should never be asked to obligatory replace their sportsmaterial (rackets, shoes, swimsuits) just for economic advantages. It is as simple as that. 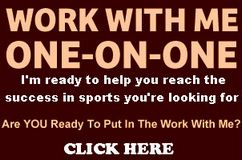